Day 1: Arriving at Kilimanjaro and Arusha

You would be picked up from Kilimanjaro airport and proceed for the night stay at a hotel in Arusha.

The day would start early at around 8 in the morning. You would be picked up from the hotel in Arusha and head towards the Ndutu region. The drive of 260 km would be covered in about 5.5 hours. You would be passing through the Ngorongoro Conservation Area and notice how the landscapes start changing here. At Ndutu, you would have a half-day game drive and a picnic lunch. This region forms a part of the annual migration with about 2 million wildebeests and significant numbers of antelope, zebra and gazelle. Six species of big cats can be seen here - lion, leopard, cheetah, serval, caracal and wildcat. There would be freshly prepared dinner for you at night.

Day 3: A wonderful day at Ndutu

You would get another shot at viewing the spectacle of the Serengeti. The Ndutu region is a part of the Serengeti National Park as well as the Ngorongoro Conservation Area. There would be a full day game drive after you have had your breakfast. We would be following the migration actually. You might get to witness the fertile plains become calving grounds and nurseries. This season attracts hordes of predators. The game drive would end in the evening when you would return to your accommodation and enjoy the freshly prepared dinner.

The day would definitely be exciting as you would moving towards central Serengeti - one of the most active areas in terms of wildlife. We would be heading out after breakfast and travel through the midst of never-ending grasslands. If you are lucky, you can spot the Big Five here - rhinos, cape buffaloes, elephants, leopards and lions. There would be provision for a picnic lunch during this long day. The evening would end with a heavy dinner.

Day 5: Travelling towards the Ngorongoro Crater

There would be a short game drive in the morning after a nice breakfast. After this half-day drive, we would enjoy a picnic lunch and move out towards the Ngorongoro Crater rim. We might be able to see mild action on the way. The day would end with a heavy dinner and you to get rest with one of the choicest accommodations. A good night rest will help you rejuvenate for the long day ahead.

Day 6: Heading back to Arusha

Making an early start, we would have breakfast and descend towards the crater floor. The Ngorongoro Crater is the largest inactive and unfilled volcanic caldera which is still intact. The massive floor extends to a depth of about 2000 ft, covering around 260 km. You might be able to spot buffaloes, rhinos, elephants, cheetahs, lions and hyenas. After a picnic lunch at the beautiful hippo pool, we would start ascending out of the crater. We would reach back to Arusha at 6 in the evening. This journey would be etched in your memory forever. 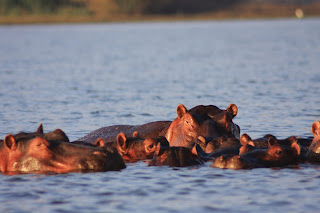